The Australian dollar, the Euro, Swiss Franc and Yen

The Australian dollar is often regarded as a proxy to the yuan. It trades more freely, and Australians rely on trade with China.

Yukio Ishizuki is a senior strategist at Daiwa Securities. He said that sentiment is fragile. He added that he would not be surprised if he sees the Australian dollar slipping below its previous 10-year low.

Travel curbs and business shutdowns hit China’s economy because of the epidemic.

Thus, to head off any panic, China’s central bank took a range of steps to shore up an economy. And this includes an injection of $173,81 billion (1.2 trillion yuan) worth of liquidity into financial markets.

Bart Wakabayashi is the Tokyo branch manager of State Street Bank. He said that a big theme now is fleeing to safe havens. He thinks that investors will most probably continue to sell currencies where they have long positions. At the moment, it is difficult to buy the yuan.

The offshore yuan eased by 0.1%. Against the dollar, it hit a month low of 7.0117. Nevertheless, its onshore indicator fell over 1% from its levels before the holiday to 7.0125 per dollar. 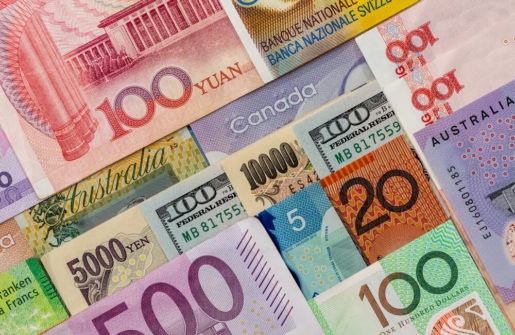 Euro rose 0.6% last week for its first weekly gain in five. The euro stood at $1.1084. The rise helped by a boost from month-end money flows from European exports on Friday.

Britain left the European Union last week, kicking off the year on a strong note.