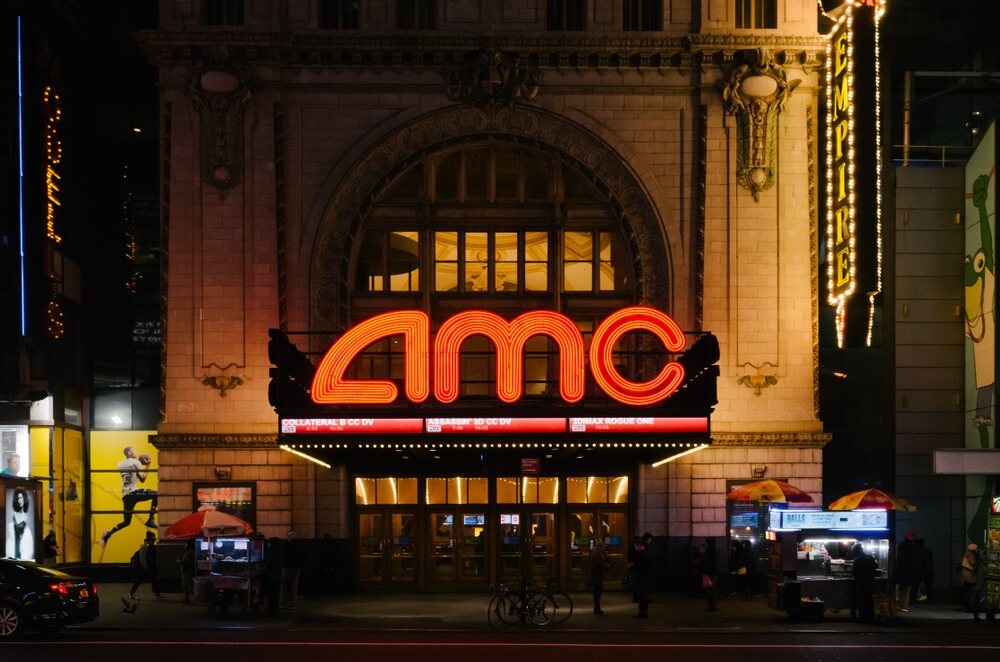 At the height of the short squeeze frenzy in Wall Street, AMC stocks followed an upward trajectory.

This is despite the Dow Jones Industrial Average’s 0.2% fall during the same session.

For a brief context, AMC’s shares fell by 70% in 2020 amid a lukewarm business environment.

The movie theatre chain was at the height of bankruptcy before the recent market support due to the coronavirus-related restrictions that weighed heavily on demand.

Despite the recent gains, demand remains under pressure as consumers are prohibited to make non-essential travels.

On Monday, the firm surprised the market after it announced raising $917 million in financing. This is good news especially to private equity firm Silver Lake in charge of a debt restructuring deal.

In July, the buyout firm, currently managing $75 billion in assets and capital, allowed to take charge in the conversion of AMC’s bonds to stave off bankruptcy.

It also provided $100 million in additional capital to keep the business running. With the recent developments, the cable television channel is now seemingly standing on more stable ground.

However, somewhere along the line, regulators and traders themselves knew that the surge has to stop.

With the business environment remaining volatile, prospects for profitability in the nearer term remain out of question.

AMC movies suffered a painful loss at the stock market’s close, dropping by 57% for Thursday. This came after several trading halts during the morning session to offset volatility.

GameStop Surge has to Stop

GameStop extended gains after hiking 134% to $347.51 per share during Thursday’s regular trading session. Prices have soared by more than 300% since the start of the Reddit-ignited phenomenon.

Due to the triple-digit hike, TD Ameritrade and Schwab restricted trading for GME to mitigate the risk amid the presence of the volatile market condition.

Similarly, Robinhood’s representative announced their willingness to resort to such a measure should events unfold in a way that is harmful to its users.

Year to date, the firm’s shares shot by 1,600% since WallStreetBets fueled the short squeeze trend.

With the announcement of the recent restriction, its shares fell as much as 30% along with AMC’s shares, which lost about the same percentage. Both were significantly buoyed by the Reddit frenzy along with BlackBerry.

At Thursday’s close, shares of the videogame retailer fell by 44%, also experiencing the same dilemma as its short-squeeze counterparts.